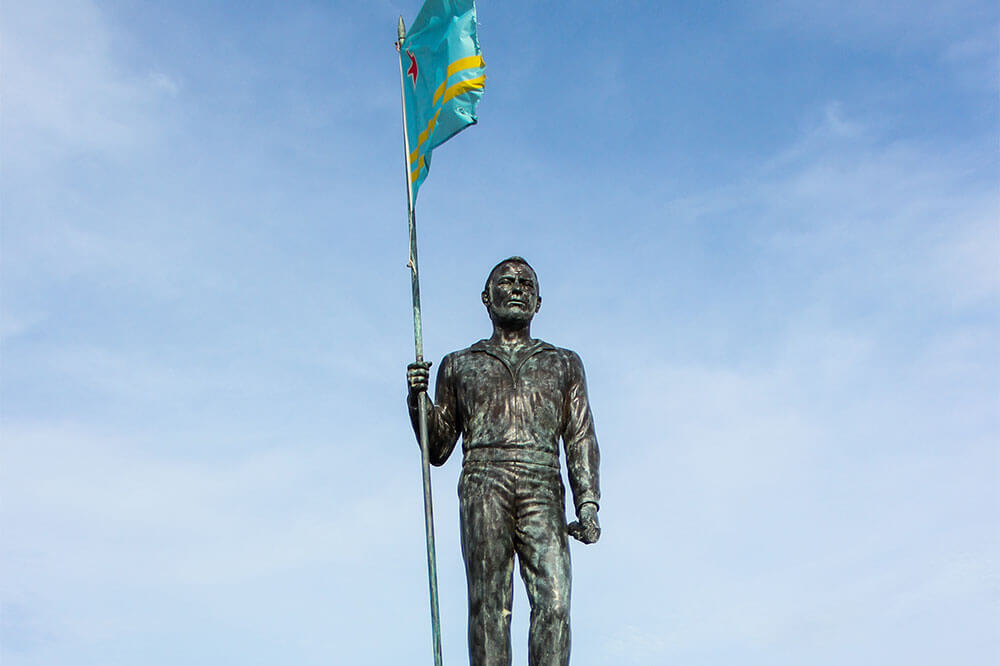 Gilberto François (Betico) Croes, the man affectionately known as the Father of the Aruban Nation is honored every year on his birthday; January 25th. Scarcely in any other part of the world is there as much reverence and admiration for one man as there is for Betico Croes here in Aruba. While political and social leaders come and go throughout countries and throughout history, very few of them make huge, revolutionary changes to their homeland, and even fewer do it through peace and diplomacy the way Betico did.

On this most special day in Aruba, countless people will gather all throughout the region to celebrate his life and his spirit, keeping his memory and all of the wonderful things he did for the people alive, as well as passing it down for future generations to remember. The festivities will include a number of fun and diverse things to do such as various sporting events, food sales, group and family-friendly activities, and many other things.

The early history of Aruba which Betico would much later on help reshape, gives us an idea of why he was so important and why the people still love him so much today. Shortly after the island’s “discovery” by European explorers in the 1400’s, Aruba would begin being passed around, bartered, and traded by the various world powers that rose and fell in the Colonial tide sweeping out of Europe during that time period. After centuries of governmental change it finally settled under Dutch rule in 1816.

And by the time of the 20th century, Aruba has secured itself the very useful role of managing an oil refinery for Venezuela’s newly discovered crude oil. This provided an invaluable, self-sustaining economic tool for the island and helped to begin the stirring of independent thought and self-rule. Part of this newly brewing self-reliant spirit was the fact that by this time life in Aruba was completely different from life in Holland and it made little sense to continue being governed by the same regulations and laws as the other Dutch Antilles. They were governed by the reigning powers in Curacao and had little benefit to residents of the island.

That’s when the true cries for status aparte began to grow. But it wouldn’t become a real movement until Betico Croes arrived on the political scene and brought a combination of intelligence, fierceness, and perseverance that both inspired and motivated the rest of his people. With an incredible strategy and optimism about upcoming triumph, a national anthem was penned and a committee formed to design the Aruban flag even before Betico traveled to Holland to make the case for independence.

But all of those dreams and all of that effort would be rewarded in March of 1977 when Betico Croes returned home to a throng of cheering Arubans, celebrating their newly granted independence. It wouldn’t ultimately end up going into effect until January 1st of 1986, tragically and inconceivably just one day after Betico was involved in a terrible car accident which caused him to remain in a coma until passing away in November of the following year.

But that isn’t what the people of Aruba will remember on this day. On this day they will raise the flag high to honor and celebrate the man who gave them their long-awaited freedom, the Father of the Aruban Nation; Betico Croes.